About UsPress releasesInitials on a tree, matching tattoos and love locks: Seven alternatives to cheesy declarations of love on Valentine’s Day

Initials on a tree, matching tattoos and love locks: Seven alternatives to cheesy declarations of love on Valentine’s Day 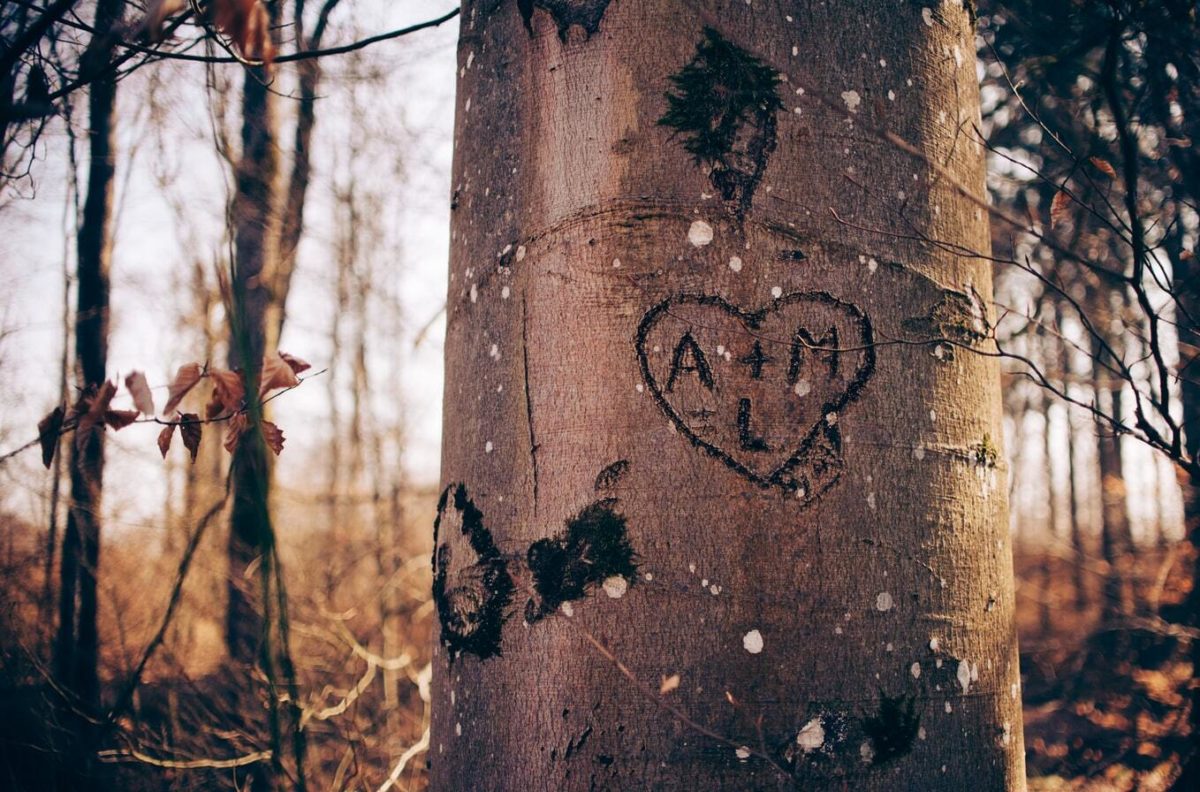 Berlin, February 3rd, 2020 – Pralines, flowers and lovers’ oaths – the fact that the 14th of February is Valentine’s Day won’t come as a surprise to most people. But how important is Valentine’s Day really to the majority of Germans? In a poll from last year, around 36% of German men said they didn’t need a special day like Valentine’s Day to show their love. Among the female participants, a whole 44% shared this opinion. But showing your other half just how much they mean to you is always a good idea – on Valentine’s Day or just because. MyPostcard, the app with the largest collection of postcards available in the world, has tracked down the seven best symbolic declarations of love.

Carving your initials in a tree

An absolutely classic love token has to be the time-honored tradition of lovers carving their initials into a tree – ideally framed by a heart. A symbol like this is on view to everybody, meaning it has traditionally acted as a public promise to one another. The tree stands for a giver of life; symbolic of constancy and the lovers’ promise lives on as long as the tree does. Narrow, smooth trees, like the birch, beech, maple or cherry tree, are especially suited to this. Environmentalists advise you to simply paint on the tree however, since carved initials have been known to damage the tree, depending on how deep the cuts are made.

Rather like tree carving, a padlock stands for security and longevity. And this idea too hinges on how the love locks are used – a small padlock with the name or initials of the lovers is attached to a bridge and the key is thrown away with ceremony. The relationship then, is ‘for always’ and won’t be undone very easily. Among the most famous places decorated by such padlocks include the Milvian Bridge in Rome, the Charles Bridge in Prague, the Brooklyn Bridge in New York and the Bridge of Love in Helsinki. In Germany, there’s Hohenzollern Bridge in Cologne or the Oberbaum Bridge in Berlin, where already many lovers have eternalized their love with a love lock.

Anyone who’s a proper romantic at heart should travel with their other half to Verona, where Shakespeare’s famous drama, Romeo and Juliet, was set. Although the play was not based on a real story – meaning there’s no true ‘original’ setting for this tragic tale of two star-crossed lovers – countless tourists make the trip every year to the Casa di Giulietta, where a balcony within a small courtyard has become a massive attraction. In the play, Romeo hears Juliet as she talks of her love for him on the balcony, whereby he declares his love for her in turn. According to tradition, lovers leave love letters for Juliet, either written directly on the walls on the courtyard or as little notes tucked inside the stone walls. It’s also good luck to touch the statue of Juliet, which also stands in the Casa courtyard.

Throw a coin in the Fontane di Trevi

Anyone who happens to find themselves in Italy, should make sure to plan a visit to the Fontane di Trevi. The fountain is one of the most popular tourist attractions in Italian’s capital city. The 50-meter-wide fountain features various figures of the sea on a rocky landscape, frolicking in front of an impressive palace façade and, rising above them all, the sea god, Oceanus. According to legend, it brings luck to throw a coin into this magnificent fountain. However both the number of coins and how they’re thrown decide the outcome of this luck: One coin thrown over the shoulder ensures a safe return through Rome, two coins mean the thrower will find a Roman lover, and three coins will lead to marriage. But the devil is in the detail; the coin should be thrown with the back of the hand facing upwards, either with your left hand over the right shoulder, or with the right hand over the left shoulder. The government of Rome regularly removes the coins from the fountain and donates the money to Caritas. In 2013, a total of 1.2 million euros was collected.

One unquestionable and very public way to declare your love includes dedicating your partner their very own song. That’s what Beyoncé did for her husband, Jay-Z for their seventh wedding anniversary with the song, “Die with You”, where she sings about her true love and how she lives only to die together with her lover at the end. Rather less romantic is the hit single from U2, “The Sweetest Thing”, which serves as an apology. As per their wishes, the proceeds from the release of this single went to the charity, Chernobyl Children International.

Tattoo as an oath of love

Those of us who can’t sing very well or aren’t especially artistically gifted can still pay lasting tribute to their love – on their skin. Celebrities and mortals alike choose to show their love in this way. The British model, Cara Delevingne, for example, has a tattoo with the initials of her partner, Ashley Benson, underneath her armpit. Ashley has a matching design with Cara’s initials on in same place. The model, Chrissy Teigen, and her husband John Legend, both have the name of the other, and of both their children, Luna and Miles, in a swirly font on their arms. Some stars have gone even further by having the likeness of their partners tattooed on them. For example, model and anchorwoman, Amber Rose, has the face of her then partner, the rapper Whiz Khalifa, on her arm. After their split in 2014, she did, however, have the tattoo altered, so that the face in the tattoo no longer resembled her ex-boyfriend so closely.

Give them attention – via social media or as a postcard

Even if you don’t have access to a nearby tree, a padlock or a coin, it’s still possible to offer your lover a symbolic declaration of love. Celebrities like the Kardashians do this one a lot – dedicating a social media post for Valentine’s Day, a birthday, a wedding or even without a specific occasion is a great way to express love. But if social media isn’t really your thing, sending a postcard is also a very good way to send your beau a little extra attention.