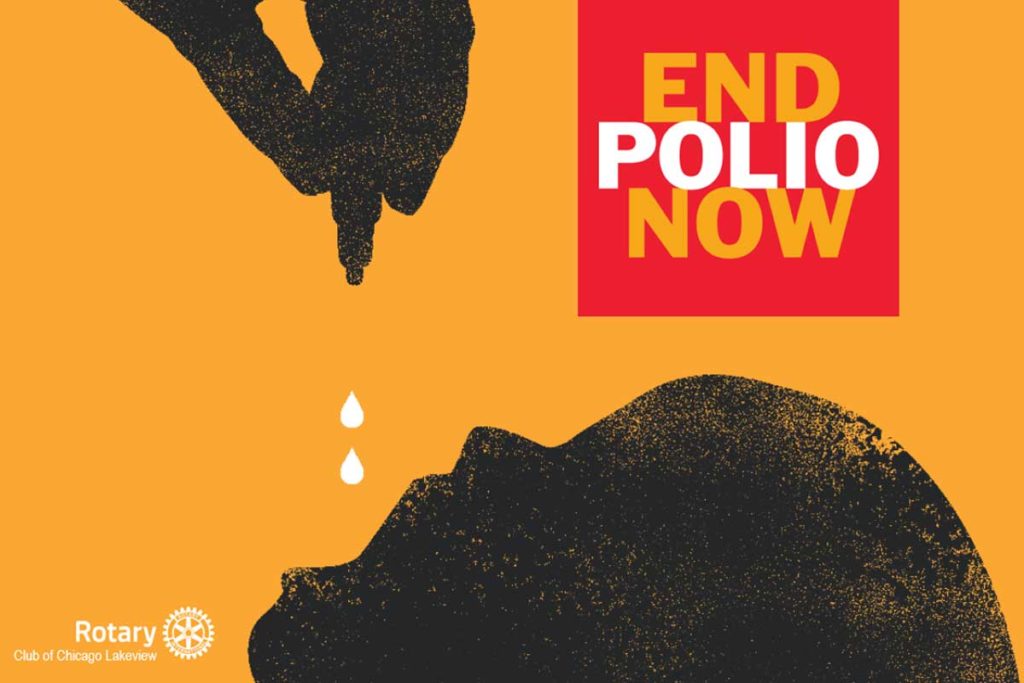 Rotary International and MyPostcard against polio – Join the fight to end polio!

MyPostcard supports Rotary International in the fight against polio to help children in need worldwide and to eradicate the infectious disease. For each postcard sent, we will donate USD $1. Join the fight and help us reach one goal together: TO END POLIO NOW!

Join the fight and send a postcard now!

October 24th is World Polio Day: That’s why we want to draw attention to the poliovirus. Let us take action to create lasting change and raise awareness that polio is a vaccine-preventable disease which can prevent death through polio.

Nevertheless, many children under 5 years are still endangered to get infected, which can cause poliomyelitis. Mostly spread through contaminated water, the virus is still a big problem in Nigeria, Pakistan, and Afghanistan.

Since 1985, Rotary International has led the charge against polio, helping to immunize more than 2.5 billion children in 122 countries and reducing polio cases by 99.9 percent. But the virus still exists and endangers people worldwide.

Rotary International unites people around the world to take action to create lasting change. Together with Rotary International, MyPostcard created a campaign and postcards to help end the disease for good. For every EndPolio postcard you send, we will donate USD $1 to Rotary’s PolioPlus program. You can send your postcard with MyPostcard and support the fight against the Poliovirus until the 31st of October 2018. Simply use the code ‘ENDPOLIO’. Each sold card is worth a vaccine.

We want to help Rotary International to reach their goal: End polio! Join the fight and send a postcard now.

MyPostcard (the postcard of tomorrow) sends personal pictures from users’ phones and computers as real, printed postcards everywhere in the world, all hassle free – we worry about shipping, printing, and posting. Our app can be downloaded in ten languages and provides more than 10,000 designs, the most designs offered worldwide. Oliver Kray, a designer, Serial-Entrepreneur, and CEO, founded MyPostcard, which is based in Berlin, has an office in New York, and currently employs 25 people.