About UsPress releasesNo need for long-haul: Germany seems ‘far, far away’ in these destinations

No need for long-haul: Germany seems ‘far, far away’ in these destinations 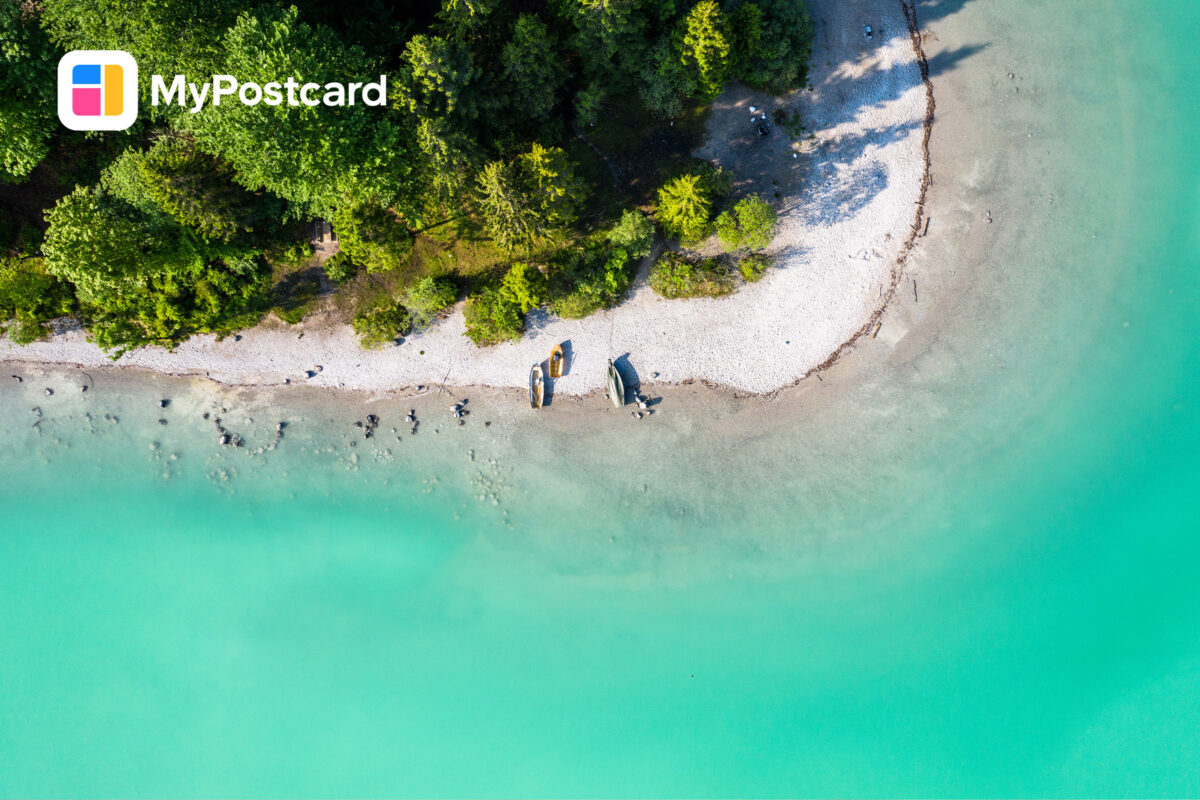 Seven postcard-perfect destinations which you don’t have to travel far for.

Berlin, June 30th 2020 – ​What does 2020 mean for your summer vacation? Many borders have now been opened again of course, but traveling abroad right now is not uncomplicated or ‘normal’ by any definition. Traveling long-haul is especially unthinkable and many Germans are considering cancelling their vacation completely this year. Those were the results of a ​poll carried out by the opinion research institute, YouGov, on behalf of the German Press Agency. For those Germans who are planning to travel this year, 36% plan to stay within Germany. The postcard app, MyPostcard​, shows that vacationers in Germany don’t have to miss out on spectacular sites and natural attractions with these seven postcard-perfect photo spots that make Germany seem ‘far, far away’. The app also offers a tip for each destination to help decide which scene will look best on a postcard – since, with MyPostcard, you can design individualized postcards using your own photos.

Untouched nature, a deep-blue lake and powerful mountains reflecting on the surface of the water: You can find all that in Canada at Lake Louise – but also at Lake Eibsee in Bavaria! With 4.8 hectares of land, Lake Eibsee is admittedly ‘a little’ smaller than its Canadian counterpart with an impressive 90 hectares, but that certainly doesn’t detract from its beauty. Lake Eibsee lies directly at the foot of Mt. Zugspitze of the Wetterstein mountain range and is a popular day trip destination for nature-loving hikers. The best postcard motif: The view of Lake Eibsee and the smaller Lake Untersee from on top of the Untersee bridge.

Costa Rica is a pioneer in nature preservation: Few other countries put so much emphasis on sustainability and environmental friendliness as this Central American country. And a ‘short’ trip to Lake Walchensee in Upper Bavaria is a lot more sustainable than a visit by plane to this rain forest-filled country. It’s one of the deepest and largest alpine lakes in Germany. In some spots, it’s as deep as 190 meters, which means that it rarely gets warmer than 17 degrees, even at the height of summer. The surrounding mountains draw summer hikers and winter skiers to the area, while Lake Walchensee itself is a paradise for windsurfers, sailors and kitesurfers. The best postcard motif: On Mautstrasse in Jachenau, it’s often less crowded and you can usually enjoy a view of the imposing lake almost alone.

There are few areas as glamorous as the Hamptons, a local recreational destination on Long Island, which belongs to New York. This is where Wall Street managers and millionaires vacation. The beaches feature lengthy dunes and are often free of crowds. Somewhat closer and equally as beautiful is the North Sea island of Juist. Measuring 17 kilometers, it is the longest of the East Frisian islands and is the ideal place to relax and have some peace and quiet. Cars are not allowed on the island and guests are only allowed to travel onto and off of the island once a day. The whole experience is made even better by seemingly endless sand banks, fresh breezes and a view of the expansive sea. The best postcard motif: From the observation platform, ‘Dree Water Utkiek’, which is found by the Loog beach access, visitors get a clear view of the North Sea, the Wadden Sea and Lake Hammersee.

True: Comparing Hạ Long Bay in Vietnam with Lake Königssee in the tranquil Berchtesgaden may seem rather exaggerated. In fact though, Lake Königssee too is world famous and one of the

most popular attractions Bavaria has to offer. Every year, around 500,000 to 600,000 tourists flock to the lake. The majority of Lake Königssee lies in the Berchtesgaden national park which, despite the volume of visitors, still leaves even weathered hikers staring in wonder. The lake is burrowed between steep mountain sides. Because of this, you don’t just experience a magnificent view, but also the famous echo which Königssee ferry tours love to demonstrate for tourists. The best postcard motif: The view from the boat of the eastern side of Mt. Watzmann.

The Tad Fane Waterfall, based in the Bolaven Plateau, is the highest waterfall in Laos and measures an amazing 120 meters. Its German equivalent, the Röthbach Waterfall in Upper Bavaria, beats this comfortably. The fall height here measures a whole 470 meters! Everyone arriving at the end of their short hike through the Berchtesgaden national park is speechless. This impressive natural monument can be wondered at mostly without the presence of masses of tourists, due to its relatively complicated accessibility. Anyone wanting to visit the waterfall must first journey over Lake Königssee to Saletalm by ship, before undertaking a hike from Lake Obersee along to Fischunkelalm. The best postcard motif: Simply the view of the waterfall directly – with enough distance or it won’t fit in the photo at all.

With its famous rolling landscapes, pines, cypresses, and picturesque vineyards , Tuscany is one of the most popular regions in Italy for vacations. Just as pretty – and a lot quicker to reach – is the Palatinate region. With more than 5,400 hectares, it is the world’s biggest cultivator of Riesling, the ‘king among white wines’. In terms of landscape, the region scores with its biosphere reserve in the Palatinate Forest, which is home to one of the largest coherent woodlands in Germany. Hikes through the wood and vineyards make a visit to the Palatinate into a wonderful nature experience. The best postcard motif: The view from the Wachtenburg of the vineyards and the Rhine Valley – the scenery was even named as the “most beautiful vineyard view in the Palatinate” by the German Wine Institute.

As the name suggests, the Horseshoe Bend is a horseshoe-shaped river valley in the Colorado River in the US state of Arizona. A similar shape is also apparent at the Saarschleife in Germany’s smallest federal state, the Saarland. In 2018, the breakthrough valley of the Saar was ranked number two in Germany’s natural wonders. An area of 100 hectares to the west of the Saarschleife was placed under nature protection in order to conserve the impressive landscape. A hike or bike ride along the valley is wonderful and the view of the Saarschleife guarantees magnificence even as the hours go by. The best postcard motif: From the scenic observation deck of Cloef in Mettlack down on to the Saarschleife.