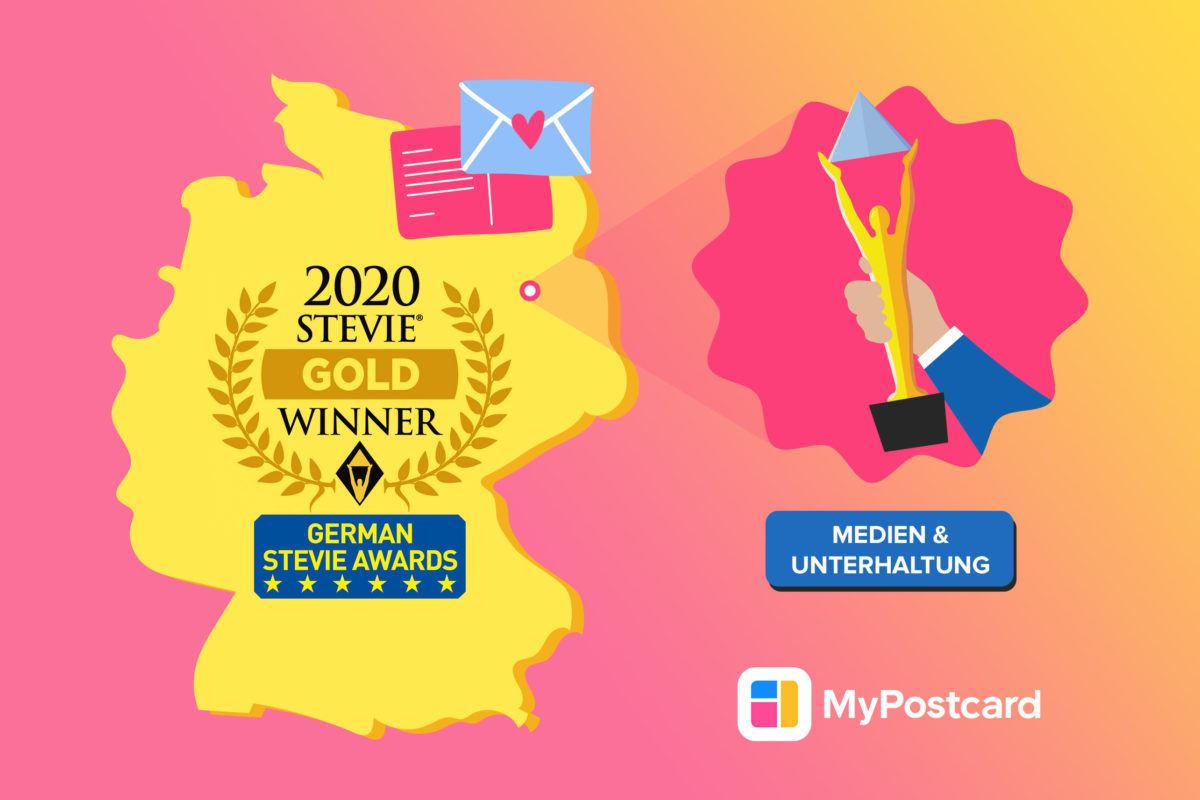 Berlin, 05.06.2020 — MyPostcard wins the converted German Stevie Award in the Company of the Year 2020 category for media and entertainment.

The German Stevie Awards are the most eclectic business awards in German-speaking Europe and are taking place for the sixth time in 2020. The internationally recognized award in the Company of the Year (media and entertainment) category has been awarded this year to the Berlin startup, MyPostcard. “Being awarded a business award as prestigious as the Stevie Award is a special honor for our company”, says Oliver Kray, founder and CEO of MyPostcard.

The MyPostcard app enables users to create postcards themselves with their own personalized greetings and send them as real printed postcards worldwide. MyPostcard takes care of printing and worldwide delivery. With three million downloads and a rating of 4.6 stars, the Berlin company has become the most successful and most popular postcard app, and with this, the German market leader in the postcard app sector.

About the German Stevie Awards

The German Stevie Awards are first-rate business awards for the German-speaking world of enterprise in Europe. Outstanding achievements are recognized in over 200 different categories. The Stevie Awards are among the most sought after business awards in the world. They were brought into being in 2002 in order to recognize outstanding achievements of companies and experts around the world and through this, raise awareness in the public regarding their successes. Since then, the Stevie Awards have become some of the most sought after awards in the world. As well as the German Stevie Awards, there are six further Stevie Awards programs with various emphases, categories and events.